Got questions? We’ve got answers! View our FAQs below to get information on all the most commonly asked questions.

The City of Palm Springs needs volunteers to help on the day of the parade.

If you are interested in becoming a parade volunteer, please call Jasmine Sullivan, Special Events Manager at 760-323-8276. 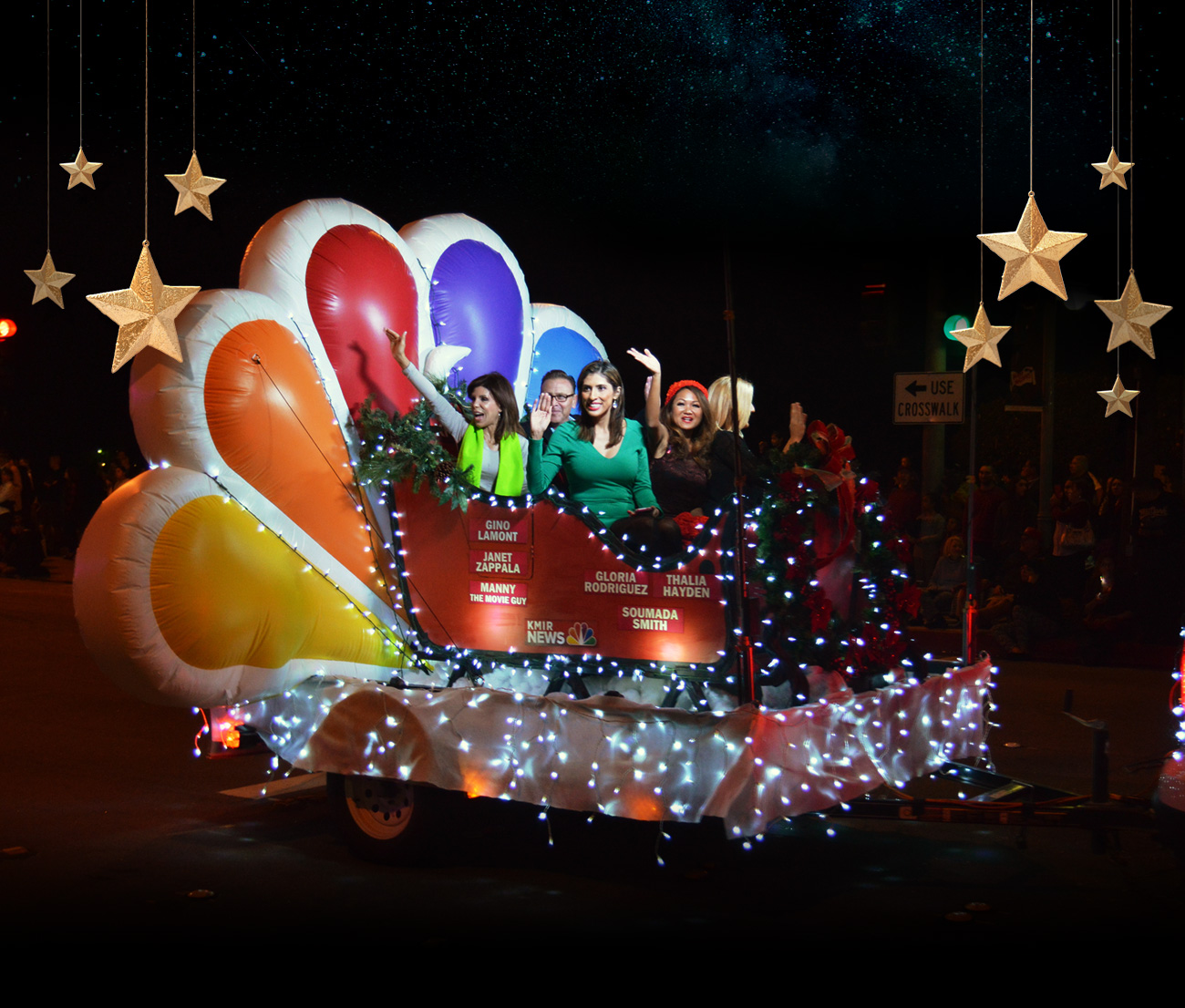 The Palm Springs Festival of Lights Parade kicked off in the early 1990’s along Palm Canyon Drive and has been held every year since on the first Saturday in December — becoming a much-loved holiday tradition in downtown Palm Springs! The parade was the brainchild of former Mayor Will Kleindienst and a small group of community minded individuals who believed it important to offer the Coachella Valley an event that would allow residents and visitors to celebrate the spirit and joy of the holiday season while at the same time creating a unique tourism event, which over the years has brought in an estimated 100,000 people annually to the downtown. Over the past 29 years, the parade has featured a host of marching bands, performing groups as well as the Budweiser Clydesdales, Mickey and Minnie Mouse, Snoopy and the Gang — and of course Santa and Mrs. Claus!

Yet more than anything else, it is the parade’s signature floats adorned in thousands of colorful holiday lights and huge Macy’s-style balloons that keeps the crowds coming back for more! Consistently voted one of the best local events in the Coachella Valley, the parade was also voted one of the Top Ten Holiday Parades in the country in an AOL survey. “Over the years, the Palm Springs Festival of Lights Parade has become a beloved holiday tradition in downtown — bringing thousands of Coachella Valley residents and their families as well as tourists from all over the world to come see the twinkling floats while celebrating the joy of the holiday season,” says Mary Jo Ginther, Director of the Palm Springs Bureau of Tourism “There’s no other special event in the Coachella Valley quite like it!”